Home Latest Tech News The Download: voting machines, and paying with your palm

This is today’s edition of The Download, our weekday newsletter that provides a daily dose of what’s going on in the world of technology.

This scientist is trying to create an accessible, unhackable voting machine

For the past 19 years, computer science professor Juan Gilbert has immersed himself in perhaps the most contentious debate over election administration in the United States—what role, if any, touch-screen ballot-marking devices should play in the voting process.

While advocates claim that electronic voting systems can be relatively secure, improve accessibility, and simplify voting and vote tallying, critics have argued that they are insecure and should be used as infrequently as possible.

As for Gilbert? He claims he’s finally invented “the most secure voting technology ever created.” And he’s invited several of the most respected and vocal critics of voting technology to prove his point. Read the full story.

Would you pay with your palm?

On October 14, a Chinese tech publication reported that Tencent had quietly launched a feature in WeChat that allows users to pay by verifying their palm prints. But while it quickly made headlines in China, there’s only a handful of registered trademarks to show Tencent has in fact been developing such a technology.

Enter Chinese social media. On popular video apps there are a handful of videos proving that Tencent has been testing palm-print payment devices in cafes, bakeries, and supermarkets since at least July.

Their existence reaffirms how hard it is to know what’s happening in China from the outside, but also how video platforms are replacing traditional sites to become the place where people express themselves and document their lives. Read the full story.

This story is from China Report, Zeyi’s new weekly newsletter covering the latest comings and goings in China. Sign up to receive it in your inbox every Tuesday.

Zeyi is one of MIT Technology Review’s reporters and editors taking to the stage today at EmTech, our annual conference covering emerging technology and global trends.

Follow along with our liveblog, which will cover all the latest announcements and news from the MIT Media Lab in Boston at EmTech. It’s also not too late to register for an online ticket to watch for yourself.

I’ve combed the internet to find you today’s most fun/important/scary/fascinating stories about technology.

1 Elon Musk is rocking Twitter to its core
Its executives are leaving, and advertisers are increasingly uneasy. (NYT $)
+ Celebrities are not-so-quietly quitting the platform, too. (WSJ $)
+ Banned accounts won’t be reinstated until after the US midterms. (The Guardian)
+ Perhaps Musk orchestrated all this chaos for a reason? (Slate)
+ I made it big on Twitter. Now I don’t think I can stay. (MIT Technology Review)
+ Elon Musk doesn’t know what it takes to make a digital town square. (MIT Technology Review)

2New vaccines to combat a respiratory virus are on the horizon
Jabs to fight the deadly RSV virus could be available within two years. (Vox)
+ How tracking coronavirus variants will prepare us for the next global public health threat. (MIT Technology Review)

3 US Banks paid out over $1 billion to ransomware thieves last year
Which is more than double what they handed over in 2020. (Bloomberg $)

5 We don’t know when the US megadrought is going to in the end
What’s currently considered a drought now could be normal in the future. (New Scientist $)
+ A platform called Plan A is calling out greenwashing firms. (Wired $)
+ Big Oil is no longer an attractive industry for young people. (Slate)
+ The US’ largest carbon capture project will be built in Texas. (The Verge)
+ How we drained California dry. (MIT Technology Review)

6 Even AI’s creators struggle to explain how it works
So how anyone else is expected to understand it is anyone’s guess. (Motherboard)

7 Big Tech companies share the same shaky foundations
The businesses may look different, but their weaknesses are universal. (Economist $)

8 Frogs are dealing with their own pandemic
Experts worry it’s killed too many amphibians to ever return to “normal.” (The Atlantic $)

9 Would you eat a drone?
This one could potentially save your life if you did. (IEEE Spectrum)

How they appear can change as we grow older, too. (Knowable Magazine)
+ Pantone is now charging for its colors—and users aren’t happy. (The Verge)

Quote of the day

“There hasn’t been a huge amount to celebrate.”

—Helen Newstead, language content consultant at Collins Dictionary, tells the Washington Post in no uncertain terms why the dictionary has named “permacrisis” its word of the year for 2022. 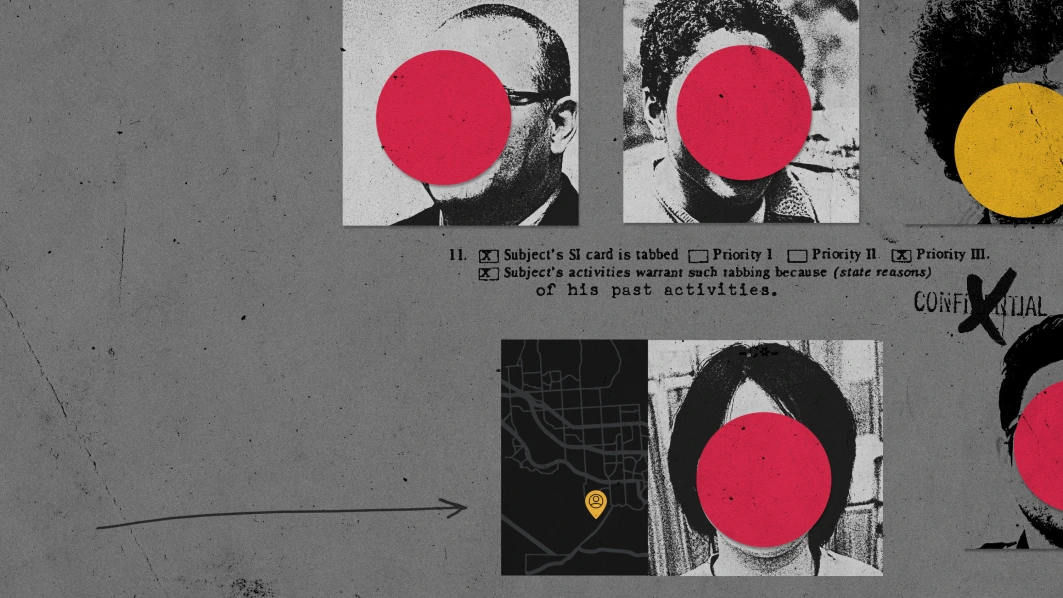 Photojournalist J.D. Duggan was covering a protest in Minnesota in April 2021 when police officers surrounded him and others, and told them to get on the ground.

Officers sorted the press from the protesters, walked them to a parking lot, and began photographing them, one by one, with cellphones, which they told Duggan would be stored in an app. An investigation by MIT Technology Review found the data was collected using a tool called Intrepid Response, an easy way to almost instantly de-anonymize protest attendees and keep tabs on their movements. For some, the tool’s use is a dangerous step in the direction of authoritarianism. Read the full story.

We can still have nice things

A place for comfort, fun and distraction in these weird times. (Got any ideas? Drop me a line or tweet ’em at me.)

+ Question of the day: is Peter Thiel a vampire?
+ Students in the Philippines are going to amazingly extreme lengths to stop their classmates copying their work.
+ This puppy imitating their rabbit friend is so heartwarming.
+ At last—the definitive way to master Wordle (without cheating!)
+ This simple meme has made my day.

Did you miss our previous article…
https://websitetool.store/apple-shares-holiday-gift-guide-featuring-iphone-14-and-latest-products-announced-2/